Rick Collins was recently featured on RX  Muscle’s RX ­TV – where he was interviewed by Dave Palumbo for RX TV’s  “Behind the Muscle.”   The first segment of the multi-part interview is available for viewing at www.rxmuscle.com/2013-01-11-01-49-59/behind-the-muscle/11100-behind-the-muscle-rick-legal-muscle-collins-part-1.html. 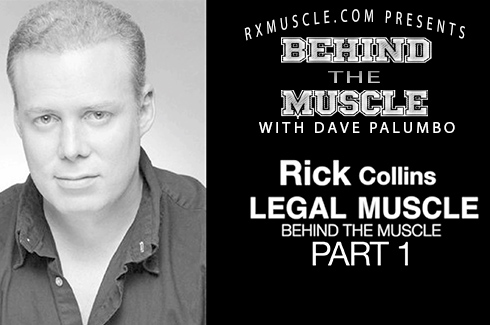 This first part of the interview focuses on Rick’s early years as a competitive bodybuilder, fitness trainer, lawyer and actor – and how Rick combined all of these parts of his life to become the country’s leading authority on steroids and the law.  During the interview, Rick provides some history and background behind his appearances in movies such as the Toxic Avenger series, his television experience which includes a brief walk-on role on HBO’s The Soprano’s, as well as his most recent acting role as a cast member of the production of New York’s longest running play Line.  In talking about his acting career, Rick notes the similarities in skill sets needed for both acting and trial law, and how the skills gained from his acting experience have proven valuable in the courtroom, as well.

When asked how he entered the niche market of steroid legal defense, Rick notes that he was fortunate to have been able to combine two parts of his life: his experience in fitness and bodybuilding and his skills as a trial lawyer — both as a prosecutor and criminal defense lawyer.  Rick notes that his goal is to bridge the gap between the muscle world and the legal community, both through his legal counsel as well as through www.steroidlaw.com as a valuable informational website addressing issues surrounding steroids and the law.

For more information about Rick Collins and his role as one of the top experts in steroid law, or to discuss how Rick may be able to help if you are in need of a legal counsel surrounding anabolic steroids, call Rick directly 24/7 at 516-294-0300 or email him at rcollins@cmgesq.com.

Rick Collins Presents on the Topic of Anabolic Steroids at the Association of Former Federal Narcotics Agents of NY/NJ EventCharged With a Steroid Crime in Texas, Pennsylvania, Massachusetts, DC Or NY?

What People are Saying